D.O.A: A Right Of Passage

Watch an underground cult classic that became the most demanded rerun for the entire eight years of “Night Flight!”

Come on over and re-live your favorite TV memories with America’s Favorite Clay boy!

Previously released on VHS in two volumes by Rhino Video, this is the very same show, hand-picked and re-edited in 1986 by David Jove, the man who created "New Wave Theatre."
Previous Next 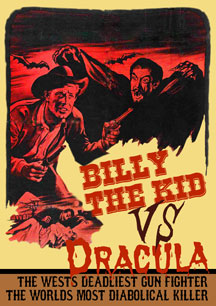 The world deadliest gunfighter! The worlds most diabolical killer! Dracula travels to the American West, intent on making a beautiful ranch owner his next victim. Her fiance, the outlaw Billy the Kid, finds out about it and rushes to save her. A great Cheezy Flick - and one we are sure you will love as much as we did! 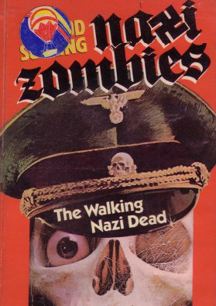 During World War II, a small German squadron was to carrying a shipment of Nazi gold across the African desert. The squadron was ambushed by the Allies, and only one American soldier survived. Years later, the tells his story to a cutthroat German treasure hunter, who murders him. The survivor's son vows to travel to Africa and find the lost gold himself. Watch out for Nazi Zombies.