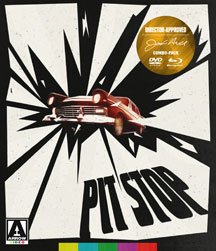 RAW GUTS FOR GLORY! FLESH AGAINST STEEL! The most dangerous game ever devised, to pit man against man, flesh against steel - the figure-8 race! Jack Hill (Coffy, Foxy Brown) follows up Spider Baby, once again teaming up with Sid Haig (House of 1000 Corpses) in one of his greatest roles for this action-spectacular crash-o-rama! Richard Davalos (East of Eden) stars as Rick Bowman, a street punk who winds up in jail after a street race g...Read More 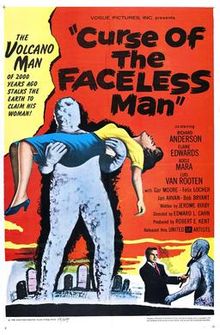 Scientists uncover the body of a gladiator from the ruins of Pompeii, a stone-encrusted body is found with a bronze medallion bearing a strange Etruscan inscription. Carlo Fiorillo, Italian archaeologist, speculates the robust body may hold some life But people left alone with the seemingly petrified "faceless man" keep dying of crushed skulls. 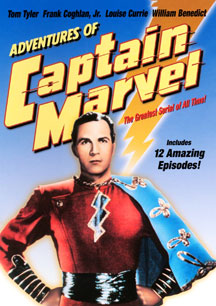 On a scientific expedition to Siam young Billy Batson is given the ability to change himself into the super-powered Captain Marvel by the wizard Shazam, who tells him his powers will last only as long as the Golden Scorpion idol is threatened. Finding the idol, the scientists realize it could be the most powerful weapon in the world and remove the lenses that energize it, distributing them among themselves so that no one would be able...Read More 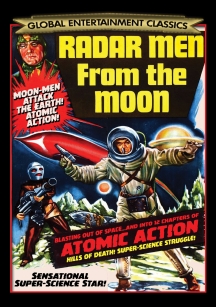 Strategic targets on Earth are being destroyed by an unknown weapon. Government security head Henderson suspects it's an "atomic ray" originating from the moon! He assigns Commando Cody, scientist and man of action with a secret flying suit, to investigate. Soon, Cody is battling Earth thugs in the pay of Krog the moon man and making trips in his experimental rocket to the moon itself, in a perilous and all but single handed effort to...Read More 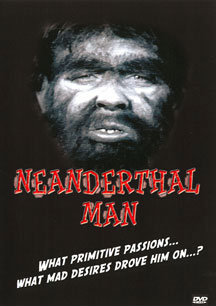 What primitive passions...what mad desires drove him on... Nothing could keep him from the woman he claimed as his own! - A scientist who works in his home lab out of town is rejected by his colleges at the Naturalists' Society when he presents his theory that the size of skull and brain equate with intelligence, and therefore Neanderthal man was equal, if not superior, to Homo sapiens. After his professional rejection the scientist...Read More