This documentary takes you behind the scenes to explode the myths, honor the legends, and reveal the incredible stories and never-before-seen photographs of rock giants like Mick Jagger, David Bowie, Elton John, Bob Dylan, Jimmy Page, Jimi Hendrix, Ray Davies, Frank Zappa, Patti Smith and many, many others. This tell-all reveals anecdotes and unpublished photos from the world's most influential music publication, Melody Maker magazine with its intimate access to legendary rock bands including The Rolling Stones and the Beatles, Pink Floyd, Queen, The Who, Led Zeppelin, The Animals and on and on. At the heart of this film is Melody Maker's head photographer, Barrie Wentzell who takes us along on an intimate journey with his colleagues into the world of rock icons. These journalists, with cameras in hand, had free rein and were creatively involved with the artists, something unheard of today. The film captures this unique period telling the story behind the magazine's rise and fall, showing first hand how the artists, the record companies and journalists came to move a generation. The magazine was a "must read" during its time, now the movie is a "must see" for musicians, music fans and photo buffs alike!

In 1989, it became the first Canadian shot-on-Super 8 gore shocker commercially released on VHS. Today, it remains perhaps the most bizarre, depraved and mind-boggling chunk of 'Canux...Read More

A Night Flight classic returns! J-Men is the story of "The Secret World War," a war of cultures as Rock & Roll smashes Shmaltzy music. This outrageous comedy was created by Firesign T...Read More

Athens, GA: Inside Out

Led by the success of the B-52's and R.E.M., Athens, Georgia was the most happening music scene in the country by the mid 80's/ Following several different bands from different genres...Read More

Rock Photography and NYC Hip Hop. One of Rock n Roll's most iconic image makers stops by and a Grandmaster walks us through the culture of New York Hip-Hop.

Your innermost fears lead you inexorably to a dream of death... your own death! Using sensory deprivation techniques, a doctor of parapsychology provokes his students to examine th...Read More

Get Thrashed! The Story Of Thrash Metal

The GET THRASHED journey begins in the early 80s, where Metallica and several other bands laid the groundwork for what would become a lasting impression on the face of heavy metal mus...Read More

Technicolor' is a live session performed by Xeno & Oaklander for Night Flight: Performance Series. To inaugurate the series, the analog synth duo from Brooklyn play five songs: a bra...Read More

Fury Of The Demon

A documentary investigation that traces violent riots said to be caused by a rare and dangerous French film named Fury of the Demon, which was allegedly helmed by French filmmaker Geo...Read More

Almost 30 years after Stiv's mysterious death in Paris, the Dead Boys have become the stuff of (Punk) legends but unsurprisingly, the story remains largely untold. How did this native...Read More 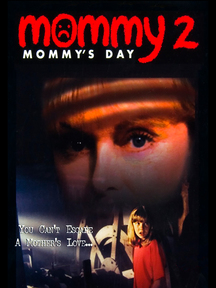 The public is outraged, the media frenzied, but Mommy only wants to regain the love of her precious daughter. And heaven help those who stand in her way... Patty McCormack, Academy Aw...Read More
Previous Next