When beautiful police detective Anna Manni follows the bloody trail of a sophisticated serial murderer/rapist through the streets of Italy, the young woman falls victim to the bizarre "Stendhal Syndrome" - a hallucinatory phenomenon which causes her to lose her mind and memory in the presence of powerful works of art. Trapped in this twilight realm, Anna plunges deeper and deeper into sexual psychosis, until she comes to know the killer's madness more intimately than she ever imagined. Horror maestro Dario Argento (SUSPIRIA, OPERA) reaches new heights of florid fantasy and Grand Guignol with this warped work of art starring Maxim Magazine's "Sexiest Woman in the World" Asia Argento (LAND OF THE DEAD, XXX), Thomas Kretschmann (KING KONG, BLADE II) and Marco Leonardi (FROM DUSK TILL DAWN 3). Previously edited outside of Italy, THE STENDHAL SYNDROME is now presented here in stunning High Definition, transferred under the supervision of cinematographer Giuseppe Rotunno (ALL THAT JAZZ, AMARCORD) from the original Italian 35mm interpositive,

Raiga: God Of The Monsters

Adjust Your Tracking: The Untold Story Of The VHS Collector

Over 100 collectors, filmmakers, producers, and video store owners express how VHS changed their lives. Some see VHS as worthless plastic, but Adjust Your Tracking shows a vibrant wor...Read More

Suburbia is director Penelope Spheeris's study of the Los Angeles punk rock scene in the early 1980s. Evan and his younger brother leave their broken home in an attempt to escape thei...Read More 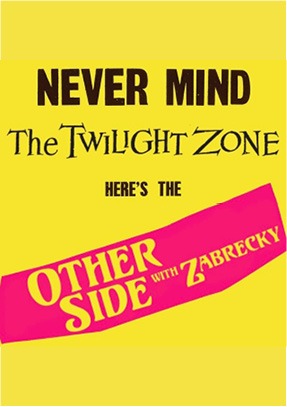 Other Side with Zabrecky - Thanksgiving Day Marathon

"Salad Days: A Decade of Punk in Washington, DC (1980-90)" examines the early DIY punk scene in the Nation's Capital. It was a decade when seminal bands like Bad Brains, Minor Threat,...Read More

In the mid 90's the Dayton, OH music scene became a hot spot generating worldwide buzz from the influential indie rock being produced there (The Breeders, Guided by Voices). Arguably ...Read More

Featuring an original soundtrack by Johnny Thunders. WHAT ABOUT ME tells the story of a young woman, Lisa Napolitano (Rachel Amodeo), who through uncontrollable circumstances, finds h...Read More

Bored with clueless music magazines? Fed up with tame, predictable TV programming? Here’s an explosive new video magazine that you can sink your teeth into. That’s right, just added t...Read More
Previous Next