Here’s an odd but nonetheless fascinating time capsule of late- Sixties social unrest filtered through the mind of Florida-based sexploitation producer-director HARRY KERWIN. Yup, the man who made Strange Rampage, My Third Wife George, and Girls Come Too - and who was also the brother of Blood Feast star Bill Kerwin ­ wanted to tap into the same youth market companies Like AlP were so good at exploiting. But lacking the funds to make something along the lines of an Easy Rider or a Wild in the Streets, Kerwin blissfully dispensed with both fiction and actors and, instead, went out and filmed The Real Thing. Combining (rough, raw) authentic footage of bikers, peace protestors, and the crowd at a rock festival, he created the mondoesque It’s a Revolution Mother! a self-described "Documentary of Love" tied together with an exuberant (and often hilarious) anti-government-anti­ establishment-anti-Vietnam-war-pro-rebellion rant -written by TOM CASEY, director of Sometimes Aunt Martha Does Dreadful Things (’71) - delivered by an uncredited narrator who sounds like an AM disk jockey on speed. 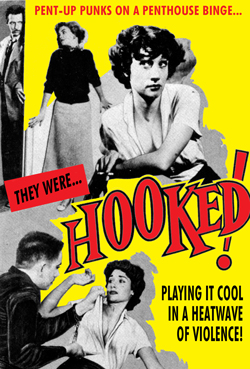 "Organized narcotics traffic is big business, and to get to the top, you've got to go to the bottom!" says sourpuss Lt. Lacey (a particularly dour, soon-to-be-dead PAUL KELLY) in this...Read More 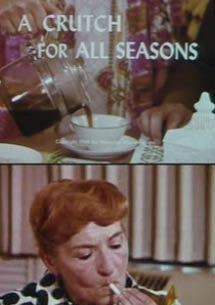 A Crutch For All Seasons

Beyond The Valley Of The Doll’s David Gurian is among the victims of Drugs & Alcohol in Classroom Scare-Film "A Crutch For All Seasons." A 1960's scare film portrays real-life situati...Read More 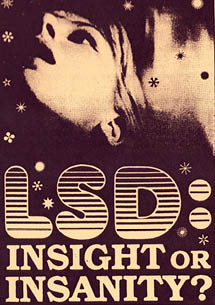 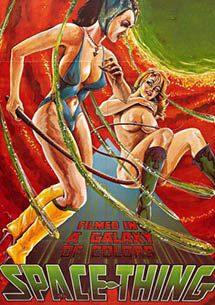 It’s Buck Rogers for adults as Col. James Granilla, an alien in human disguise, visits the flying saucer of Captain Mother and her all-girl crew in the year 2069. But because Granilla...Read More 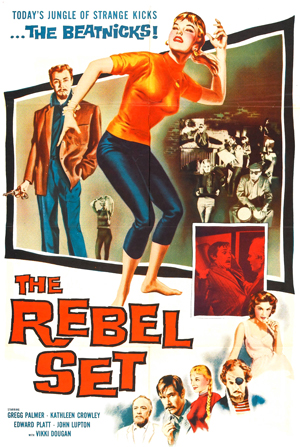 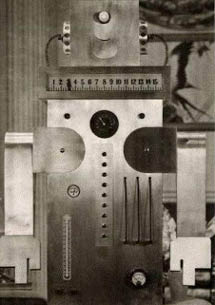 This archival short subject about a robot that frees house wives from menial tasks was shown at the New York World's Fair in 1940. 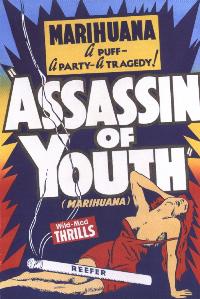 It’s not often one gets to see a cinematic Sex Goddess of the Forties wallowing in Sixties drug culture, but that’s exactly what happens when Miss Columbia Pictures, RITA HAYWORTH her...Read More 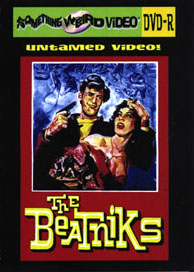 Beatniks? What beatniks? Two-bit punks, a closet rock-&-roll star, and an out-of-his-mind psycho: yes. Beatniks: no. Though The Beatniks was probably a last-minute title change to rep...Read More 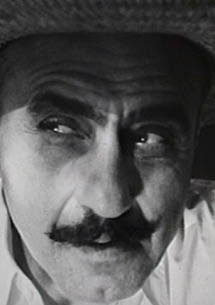 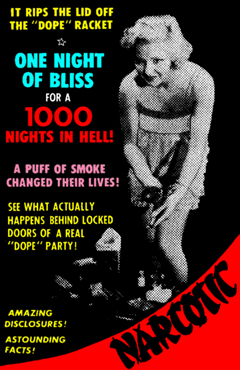 Of all the filmmakers who toiled in the world of exploitation, no one made films as consistently rude, offensive, and jaw-droppingly outrageous as roadshow pioneer DWAIN ESPER, the ma...Read More 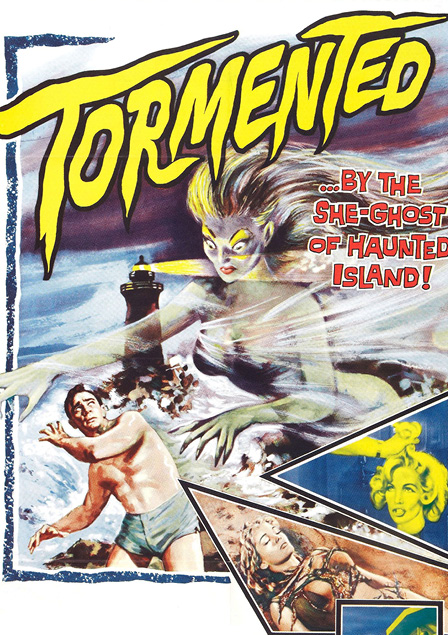 Musician Richard Carlson is haunted by a ghostly girlfriend in director Bert I. Gordon's 72-Minute feature length Chiller-Diller from 1960. 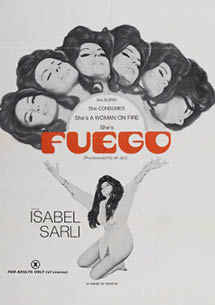 Fuego (1968, 81 min.) means fire and Isabel Sarli is burning up! Argentina's greatest cinema sex symbol stars as Laura, a nymphomaniac who may very well be sexually insane. Despite th...Read More 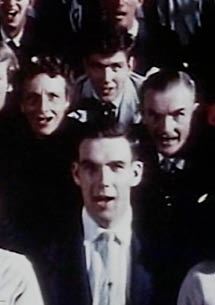 The Dance Of Tomorrow

1950s Archival short subject “The Dance Of Tomorrow,” featuring a glimpse into the future of automobiles. 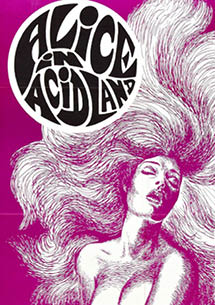 In Alice in Acidland (1969), a wholesome college student succumbs to the temptations of marijuana and becomes a dope-crazed sexual omnivore until she hits rock bottom after taking the...Read More 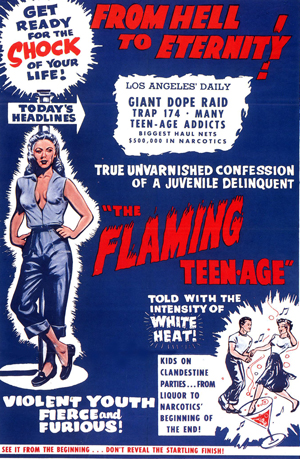 From director IRVIN S. YEAWORTH, the man who made The Blob, 4-D Man, and Dinosaurus, comes the “True-Life Story” of Fred Garland, a liquor-lovin’ producer, talent agent, swindler, and...Read More 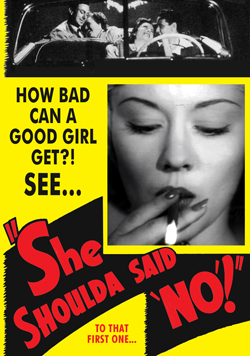 “The Film That’s Scorchin’ The Nation’s Screens!” The She who Shoulda Said ‘No’! is honeypot LILA LEEDS (Lady in the Lake, Moonrise) who was busted for doing doobies with rugge...Read More 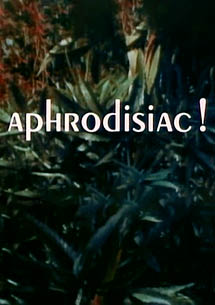 Aphrodisiac! The Sexual Secret of Marijuana!

Learn the true facts about Marijuana along with Fiorello La Guardia, Billy Curtis and Mr. John Holmes in this 1971 Featurette. 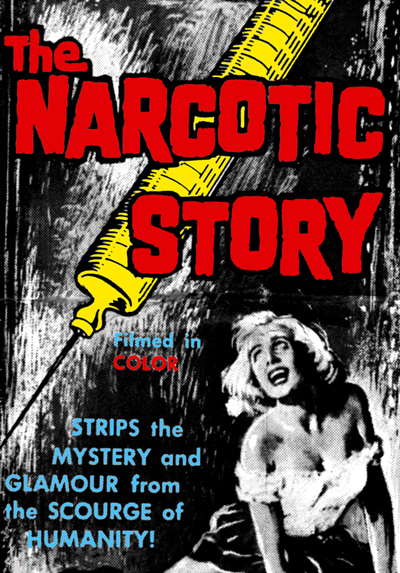 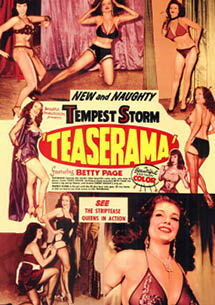 Kowabunga! It's the big one, sofa surfers! Teaserama is a tidal wave of talent featuring burley's hottest stars, along with America's pin-up sweetheart, the legendary BETTIE PAGE (as ...Read More 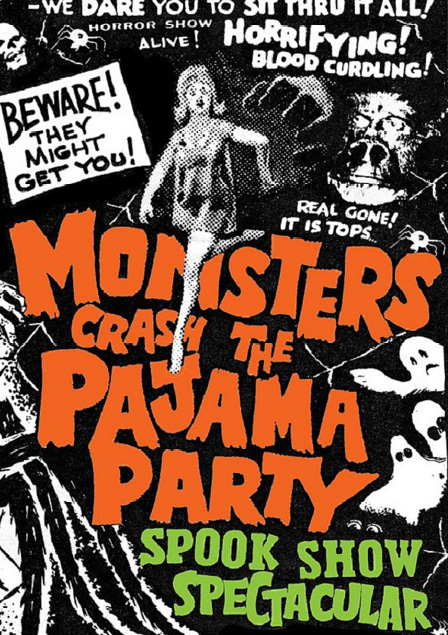 Join some terrified teens spending a night in a haunted house and get spooked by a mad doctor and his ghoulish gang when the Monsters Crash The Pajama Party, a 1965 spook show theatri...Read More 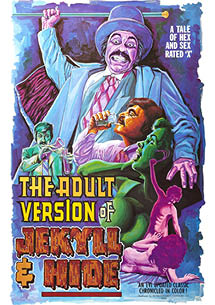 The Adult Version of Jeckyl & Hide

Reefer Madness is a 1936 American propaganda film revolving around the melodramatic events that ensue when high school students are lured by pushers to try marijuana—from a hit and ru...Read More

"War babies. They want to be different. They don't want to belong to any mass society. They have their own-type clubs, their own 'in' groups." Thus Malamondo, an elegant look at early...Read More 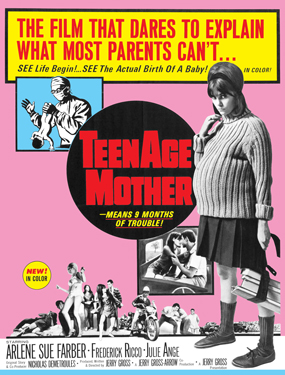 Before he became known for distributing such drive-­in epics as I Drink Your Blood, I Eat Your Skin, and I Spit on Your Grave, JERRY GROSS directed two fascinating little quickies - G...Read More
Previous Next