Black Nationalist pioneer and First Hero of Jamaica, Marcus Garvey is discussed by contemporaries, historians, family and friends. The film traces his early successes in organizing West Indian contract labor, to the phenomenal rise of his Universal Negro Improvement Association, which took America by storm in the 20s. Garvey was a victim of his own success - he threatened the establishment enough for the FBI to infiltrate the organization. After his imprisonment he returned to Jamaica, then went to London, where he died aged 53. A giant of black politics and the key philosopher of black pride, his story is told by activist Mariamne Samad, UNIA members Roy Carson and Ruth Prescott and commentators Vivian Durham, Beverly Hamilton, Prof Rupert Lewis, Prof David Garrow and Sam Clayton. The documentary has a specially performed soundtrack by the legendary Mystic Revelation of Rastafari band.

Funk Queen Betty Davis changed the landscape for female artists in America. She "was the first..." as former husband Miles Davis said. "Madonna before Madonna, Prince before Prince". ...Read More

GG Allin - All in the Family 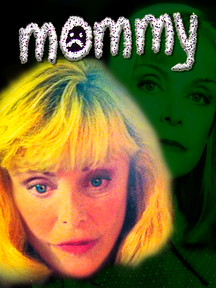 MEET MOMMY! She's pretty, she's perfect, she's June Cleaver with a cleaver, and you don't want to deny her - or her precious daughter - anything. She's Patty McCormack (Academy Award-...Read More

The story of an iconic guitar player who has lived a life of extreme highs and lows. After losing the publishing rights of his own songs and combatting dangerous addictions, the legen...Read More

Descent Into The Maelstrom: The Radio Birdman Story

Suburbia is director Penelope Spheeris's study of the Los Angeles punk rock scene in the early 1980s. Evan and his younger brother leave their broken home in an attempt to escape thei...Read More

Almost 30 years after Stiv's mysterious death in Paris, the Dead Boys have become the stuff of (Punk) legends but unsurprisingly, the story remains largely untold. How did this native...Read More

Welcome to the Meat Loaf edition of Night Flight (1993), where we bring you a smorgasbord of videos with the star of Operatic Rock. Featuring “Getting Away With Murder,” “Surf’s Up,” ...Read More