The mysterious figure known as the Vampire comes to England to complete experiments in his mad bid to gain control of the world. When the radar-controlled Robot which he had ordered shipped to him is delivered instead to Mother Riley, the Vampire, through radar control, has the Robot transport itself as well as Mother Riley to the proper destination...as the old lady goes into a whirl of side-splitting action in a determined effort to frustrate the plans of the sinister Vampire.

This raucous, uncompromising journey through determination, friendship and adversity follows Bristol-born rock outfit IDLES as they fight for a place in a divided socio-political envi...Read More

Fury Of The Demon

A documentary investigation that traces violent riots said to be caused by a rare and dangerous French film named Fury of the Demon, which was allegedly helmed by French filmmaker Geo...Read More 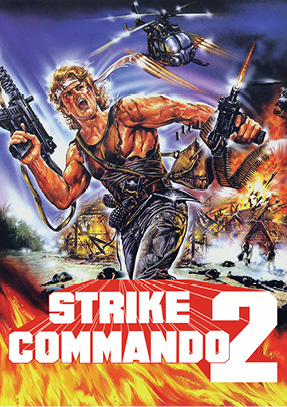 The Color of Noise

The Color of Noise is a full length documentary about the Artist Haze XXL (Tom Hazelmyer) and his notorious record label, Amphetamine Reptile Records. Throughout the 80's and 90's the...Read More

A Night With Lou Reed

A Night with Lou Reed is an intimate visual record of Reed's legendary 1983 sold-out engagement at The Bottom Line in New York City. Fronting the most musically articulate band he had...Read More

Almost 30 years after Stiv's mysterious death in Paris, the Dead Boys have become the stuff of (Punk) legends but unsurprisingly, the story remains largely untold. How did this native...Read More
Previous Next