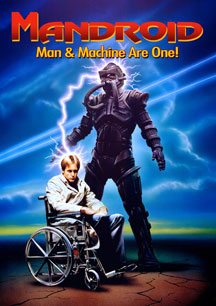 Dr. Karl Zimmer (ROBERT SYMONDS) is a brilliant Romanian scientist who is working on a top secret assignment with his daughter Zanna (JANE CALDWELL). They are developing a crystal-like element called Super-con,that could become the most powerful force on earth. If this element were to fall into the wrong hands it could mean the end of the world as we know it...Dr. Zimmer's partner is the deviant Dr. Drago (CURT LOWENS), whose only con...Read More 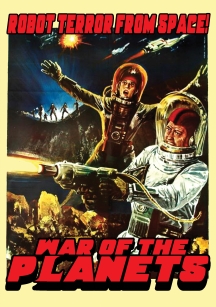 A never heard signal arrives from deep space to Earth disturbing all communications. At the same time a UFO appears above the Antarctic sea. Captain Alex Hamilton along with his crew and space ship are sent outside the Solar System to find the origin of that signal. They reach an unknown planet where a crazed and short circuited giant robot has enslaved a whole population of humanoids by taking their psychic energies. Now the robots g...Read More 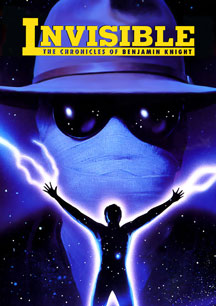 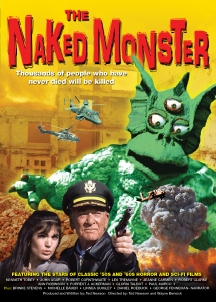 A direct homage to the horror/sci-fi/creature features of the 50s and 60s, right down to the poor quality film, "rubber monster", bad dialogue, numerous puns and negligible budget. What makes this film so unique is the gathering of luminaries that came out of the woodwork to participate, including the original stars of classic films like "The Thing From Another World" (Kenneth Tobey and Robert Cornwaithe) and "War of the Worlds" (Ann ...Read More 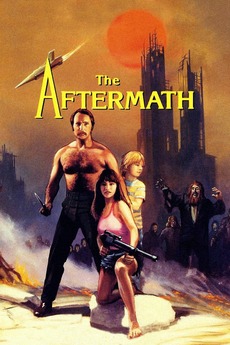 spaceship returns from deep space to find the Earth in "The Aftermath" of a nuclear and biological war. The streets are filled with mutated survivors feeding off the weak and a Manson-like figure called Cutter, Sid Haig, "The Devil's Rejects" (2005), "House of 1000 Corpses" (2003), "Jackie Brown" (1997) is reigning terror down on all others. Cutter and his gang of mercenary thugs are systematically murdering all the male survivors an...Read More

A volcanic eruption in the North Atlantic brings to the surface a 65-foot prehistoric monster. Two treasure divers capture the creature and take him to London where he made the star attraction at a circus. A scientist is thoughtful enough to point out that the sailors' bonanza is only an infant, and that a full-grown specimen would be over 200 feet in height. Sure enough, Gorgo's mama comes thundering ashore, reclaims her offspring an...Read More 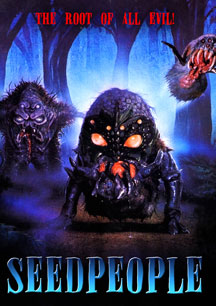 The root of all evil! The sleepy little town of Comet Valley has been invaded by plants from outer space. Intent on taking over the Earth, the space plants have found a way to pollinate humans, thus turning them into walking seed carriers. Can the resourceful residents fight off the alien invaders, or is the planet doomed to become an alien garden' Directed by cult favorite Peter Manoogian! In the vein of 'Invasion of The Body Snathce...Read More 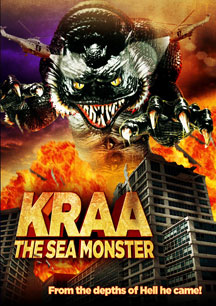 Over 250 feet long from tip to tail, the massive sea creature, KRAA!, has been sent to destroy all life on Earth and claim the "Warm Planet" in the name of the evil Lord Doom. The only hope of survival now rests with THE PLANET PATROL; four powerful young intergalactic crime fighters. Rated PG. 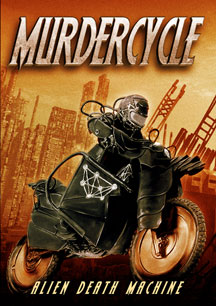 Its engine roars with a deafening thunder. The sleek, dark profile cuts through the night like a sword through flesh. Devoid of human emotion, it kills to live. It has torn into our dimension from the Hell of another world. An alien being with a mission to destroy the one person on earth that prevents its immortality. There is no place to hide - when the MURDERCYCLE has its sights set on you. 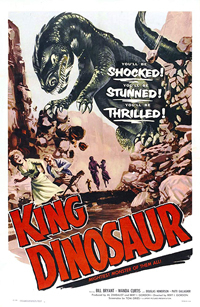 A year before their jaw-dropper SHOCKING DARK, director Bruno Mattei and co-writers Claudio Fragasso & Rossella Drudi first collaborated on this brain-melting mash-up of PREDATOR, ROBOCOP and Philippines war movie mayhem. When a team of badass commandos is hired for a jungle rescue mission, they’ll instead find them hunted by a kill-crazed creature that is part man, part machine and all glorious ‘80s ItaloSleaze.

In 1994, aspiring Niagara, Ontario filmmaker Erica Benedikty was working part-time at a community cable channel. Over the course of a year – and aided by a dedicated team of friends, volunteers and fellow film rebels – she wrote, produced, directed and edited a wildly ambitious, feature-length sci-fi action thriller for only $250. But when she convinced her employers to broadcast the finished film, PHOBE became a local sensation, was ...Read More

Global warming leads to excessive melting of the southern polar ice cap, disrupting Earth's ecosystem. The receding ice brings long dormant ancient sea creatures back to life, monsters that set their sights on Japan. Among the kaiju is an enormous sea beast the locals refer to as the legendary Raiga. The monster attacks the city of Asakusa, bringing death and destruction as he tramples building and lays waste to the military. Can Raig...Read More

In 1989, it became the first Canadian shot-on-Super 8 gore shocker commercially released on VHS. Today, it remains perhaps the most bizarre, depraved and mind-boggling chunk of 'Canuxploitaion' ever unleashed upon humanity. Adult film superstar Amber Lynn and co-writer/producer Barry J. Gillis star in this surreal saga about two friends who visit a remote cabin, only to discover a womb of monstrous horror that demands graphic dismembe...Read More 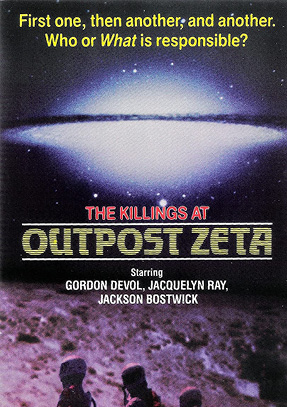 1980. A team of astronauts investigate the mysterious deaths of two previous expeditions to a strategically important but barren world at the edge of the Milk Way. 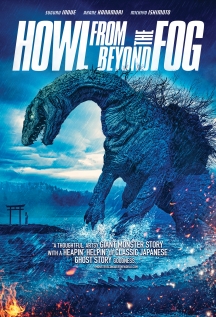 Using an all puppet human cast and a fantastic monster suit, Howl From Beyond The Fog is a completely novel experience in the world of kaiju films. The 35 minute film is followed by a comprehensive making-of documentary in this streaming double feature. Set in Kyushu during the Meiji era, a blind girl, named Takiri, and the blind monster from a nearby lake, named Nebula, fight against greedy developers who threaten to take over her family's land. 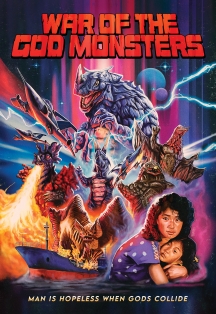 This lost Korean Kaiju has never been released in North America until now. Dr. Kim believes that ancient dinosaurs are waking up due to global warming rapidly melting the glaciers where they have slept for thousands of years. The recently widowed scientist, now in isolation to study his theories outside the judgemental eye of the public, struggles to find balance with his obsession and raising his young daughter, Sohee. A reporter, na...Read More 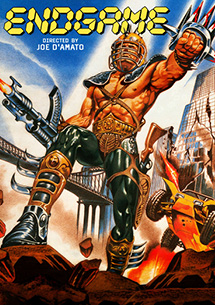 For his own entry in the '80s Italian Post-Nuke cycle, Joe D'Amato combines a prescient script, ferocious action and an unprecedented cast of ItaloCult icons to create "one of the better Spaghetti Sci-Fi films of the decade" (Rivets On The Poster): In a radiation-ravaged future, an underground society of mutant rebels will attempt to overthrow the tyrannical government by infiltrating the TV sport in which humans are hunted as prey. A...Read More 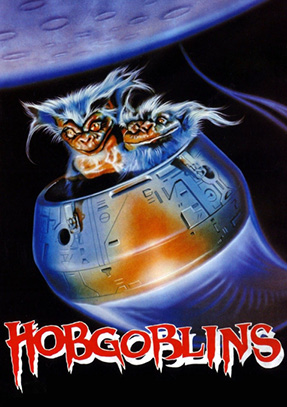 Be careful what you wish for... You just might get it! Nothing attracts attention more than a sealed box... And old McCreedy, the studio's night watchman, should have known that he was courting disaster when he warned Kevin, the new trainee, to stay away from the old vault. But, now, it's too late... The Hobgoblins make no exception for idle curiosity. They're loose and they're ready to make all your fantasies come true... But, be war...Read More